Everyone knows that regulation is coming, but not many are talking about it. Now is the time to be heard in the early stages of this process. IOG has joined as a member with the Blockchain Advocacy Coalition (BAC) and their experts from the blockchain industry, legislative, and legal worlds. The BAC focuses on California and has friendly relationships with influential members in the appropriate areas of advancing emerging technologies.

The best thing we can do as a community is to rally for our cause. Advocacy is the only way for our voice to get heard in the sea of cynics, critics, and, most importantly, regulators. In the past, writing letters to local representatives was the way to be heard. However, email, social media, and phone calls have taken center stage as the best way to communicate with our representatives.

Everyone knows that regulation is coming, but not many are talking about it. Now is the time to be heard in the early stages of this process. The adage 'once the genie is out of the bottle, you can't put it back in' applies here. If regulation comes hard and fast without input from experts and passionate community members––the path may take a turn that does not satisfy the entire blockchain community.

If we do not interject ourselves into the discussion, people who do not understand the technology will be left to make decisions––this would be the worst-case scenario. We saw this example during the summer of 2021 when the US Senate was trying to introduce cryptocurrency legislation. What was proposed would have been detrimental to the industry, and the ambiguity of the language left many loopholes for issues moving forward.

A handful of US Senators and members of Congress know the industry, and they are fighting for it, like Ron Wyden (D-OR) and Pat Toomey (R-PA). Cynthia Lummis (R-WY) has been a staunch supporter of blockchain and cryptocurrency. She plans on introducing new legislation in 2022 to alleviate restrictions on cryptocurrency and the surrounding industries, like miners and developers. In California, Senator Bob Hertzberg (D) has been another ally that understands and believes in the tech.

We need to have a voice individually, but we also need a chorus of voices advocating on our behalf with the ability to make the changes necessary. Having and making allies with those in positions to make change is how effective change can happen.

We had an opportunity to sit with Ally Medina, the Blockchain Advocacy Coalition Executive Director (BAC). She was gracious with her time and explained the BAC's process of educating legislators and regulators in bringing favorable legislation to the table through advocacy.

For more information on joining the Blockchain Advocacy Coalition, contact them here. 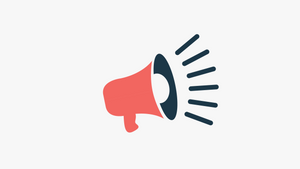